Laurence Mason is an American actor. He is best known for his roles as Sammy Norino in the television series Prison Break, Luis Sarria in the film Ali, Halperm White on the crime drama The Shield, and Earl in the film The Lincoln Lawyer. Laurence portrayed Tin Tin in the 1994 film, The Crow.

Laurence was born in The Bronx, New York on October 2, 1964 to parents born in the Caribbean. At the age of 10, he was recruited by All Children’s Theater and performed in roles on Broadway and off-Broadway. At some point he enrolled in Fiorello H. LaGuardia High School of Music & Art and Performing Arts in New York City (also known as the Fame High School). He graduation from The State University of New York at Purchase as a theater major.

Laurence performed in various productions at the Harold Clurman Theatre and at the Nuyerica Poets Café. Laurence also appeared in commercials and hip-hop music videos. His first feature film was in True Romance in 1993. The following year Laurence portrayed Tin Tin in the film The Crow starring Brandon Lee, and the film Hackers starring Angelina Jolie. Laurence also had recurring roles on the television series The Shield and Prison Break. 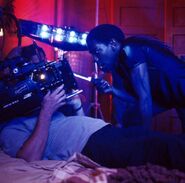 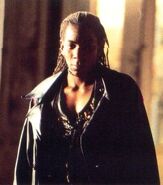